VIDEO DADA | An exhibition and project by Martha Gever

VIDEO DADA | An exhibition and project by Martha Gever

VIDEO DADA: No repeat of history, not neo-Dada, but still wreaking havoc with conventional parameters of art.  Nowadays inventive, intelligent, and aesthetically sophisticated videos can be seen far afield, outside traditional art venues like museums and galleries.  And artists circulate their videos on a much wider scale than that achieved by any television network.  VIDEO DADA asks how these changes complicate the conceptual and aesthetic contours of art. The exhibition features 300 plus videos -- playing on eight screens -- by individual artists and art collectives that circulate in the hurly-burly multiverse of the internet.  Some serious, some humorous, and some both at once, these works exercise manifold strategies: absurd drama, wry animation, politically astute collage, wild performance, and uncategorizable others.  Some play with music; some incorporate extraordinary written or spoken texts; some prefer silence and all the noise that offers.  In sum, VIDEO DADA surveys the internet's amalgamation of popular culture and art, calling into question the difference between the two.

And, yes, there may be echoes of Dada: "Dadaism was no ideological movement but an organic product that came into existence as a reaction against the cloud- cuckoo -land tendencies of so-called sacred art.... while military leaders painted in blood." -- George Grosz, 1924 . 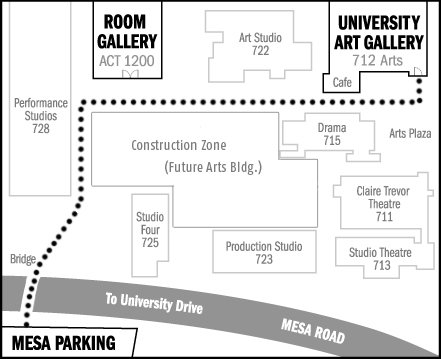