Julia Meltzer and David Thorne produce videos, photographs, installations, and published texts. From 1999 to 2003, their projects centered on secrecy, history, and memory. Current works focus on the ways in which visions of the future are imagined, claimed, and realized or relinquished, specifically in relation to faith and global politics.

Recent projects have been exhibited at the Walraff-Richartz Museum (Köln), Argos Center for Art and Media (Brussels), the Wexner Center (Columbus, Ohio), the 2008 Whitney Biennial, the 2006 California Biennial, Akbank Sanat Gallery (Istanbul), Apex Art (New York), and as part of the Hayward Gallery's (London) travelling exhibition program. Video work has been screened at Homeworks IV (Beirut), the International Film Festival Rotterdam, The New York Video Festival, the Margaret Mead Film Festival, and the Toronto International Film Festival, among many others.

David Thorne is a 2007 recipient of an Art Matters grant and a Louis Comfort Tiffany Foundation Biennial award, and a 2004 recipient of a Rockefeller Media Arts Fellowship. He completed his MFA in Interdisciplinary Studio at the University of California, Los Angeles in 2004. In spring 2006 David was a visiting artist at The Cooper Union in New York City. He also collaborated with Andrea Geyer, Sharon Hayes, Ashley Hunt, and Katya Sander on the project "9 Scripts from a Nation at War" for documenta 12. 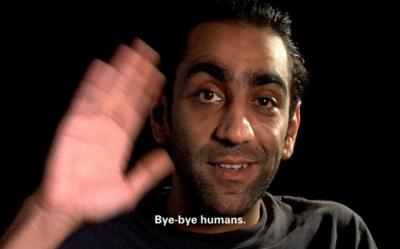