Ulysses Jenkins is a widely recognized video/performance artist, whose work has been show in a number or national and international venues. In the aftermath of 9/11 Jenkins initiated a project in reaction to the treatment of the women of Afghanistan, which resulted in the video DVD project entitled Bequest (2002). This video work was screened at the exhibit RE - Birth ~ Tono at Tropico De Nopal, Los Angeles (2002); 911 - A Memorial for All at Boswell-Crowe Fine Arts Gallery, Los Angeles (2002), and Fade: African-American Artists in Los Angeles, A Survey Exhibition (1990-2003). Bequest was also screened by the City of Los Angeles Cultural Affairs Department at California State University, Los Angeles (2004). Jenkins completed the video Planet X (2006) for the alumni exhibition Otis-LA: 9 Decades of Los Angeles Art at the Los Angeles Municipal Art Gallery. And the video was subsequently shown in the Cross Sections exhibition at the 18th Street Arts Center (2007). He contributed to SIDE by SIDE Part II, a collaboration with Maren Hassinger, Senga Nengudi, David Hammons, and Franklin Parker for the exhibition Les Soriee Nomades, cycle Nuits Noires, at Fondation Cartier pour l'art contemporain in Paris (2006).   His latest projects include a multi-media installation, Notions of Freedom, which employs motion capture technology and video, as well as a soundtrack “Chief Concern,” by Kei Akagi, and was shown in the exhibit Sound Migrationz in the New Belgrade at the Block Gallery, Serbia (2009). Jenkins’s Mass of Images (c.1978) was included in the Long Beach Museum’s Video Collection program, as part of the California Video exhibition curated by the Getty Research Institute (2008). He participated in the Committee on Los Angeles Culture’s panel on the history of the African American Avant-Garde art movement in Los Angeles at the Getty Research Institute (2009), where he also screened his Dream City (1980).  He was a presenter on the panel Transformations: New Directions in Black Art at the Third Annual Conference on African American Art at the Maryland Institute College of Art’s Center for Race and Culture, in Baltimore, Maryland, where he screened Visoes Culturalis da Bahia (2009, work-in-progress). For the upcoming Getty Research Institute’s Pacific Standard Time exhibitions (2011), he performed a preview of his Black Gold Fever at LACE gallery for  Los Angeles Goes Live: Exploring a Social History of Performance Art in Southern California, 1970-1983 (2010). Previously Jenkins taught video production at UC San Diego and Otis College of Art, and performance art at California State University, Dominguez Hills. 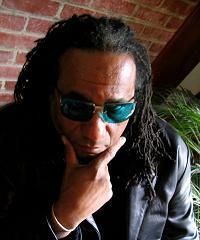