When she joined the staff of the Museum of Arts and Design in 2007, Sims added design and craft to her portfolio and has co-curated Second Lives: Remixing the Ordinary (2008) and Dead or Alive: Artists Respond to Nature (2010). She also conceived and co-curated The Global Africa Project (2010) and Against the Grain: Wood in Contemporary Art, Craft and Design (2012) and is currently working on New Territories: Laboratories for Design, Craft and Art in Latin America which will open At MAD in fall, 2014

Sims has lectured widely nationally and internationally and served as a visiting critic and lecturer at Alfred University, theUniversity of Pennsylvania, the University of Texas at Austin and the University of Hawaii among others. In 1991, she received the Frank Jewett Mather Award from the College Art Association for distinction in art criticism. From 2005-10 she served as A.D. White Professor-at-Large at Cornell University; as Visiting Professor at Queens College and Hunter College in New York City (2005, 2006); as a fellow at the Clark Art Institute and Visiting Scholar at the University of Minnesota in 2007. Sims was also a member of the selection jury for the World Trade Center memorial in 2003-2004. 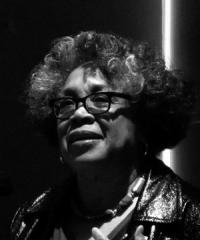