Joseph S. Lewis III, a nationally known artist, arts administrator, educator, and author is a Professor in the Department of Art and was the Dean of the Claire Trevor School of the Arts from 2010 to 2014. He came to the University of California, Irvine from the School of Art and Design at Alfred University, New York, where he was Dean and a tenured professor of art for more than five years.

Prior to Alfred, Mr. Lewis was Dean of the School of Art and Design at the Fashion Institute of Technology in New York City for three years.  Before that he was Chair of the art department at California State University at Northridge for six years, and was a tenured professor, teaching visual arts.  From 1991 to 1995, Mr. Lewis was on the faculty of California Institute of the Arts (CalArts) while also administering a public art program for the City of Los Angeles.  Other teaching experiences include teaching at Otis, UCLA, Carnegie Mellon University, and San Francisco Art Institute.

Currently, he is president of the Noah Purifoy Foundation located in Joshua Tree, California; on the Board of Directors for Project Hope Alliance, whose mission is to end the cycle of homelessness, one child at a time; and California Lawyers for the Arts. Mr. Lewis has also served on numerous art school evaluation panels; is a former member of the board of directors of the National Association of Schools of Art and Design (NASAD), the accrediting agency for art schools; the College Arts Association (CAA), The Bronx Museum of the Art; and is a past member of the board of directors and a past president of the National Council of Art Administrators (NCAA).

As a visual and performing artist, Mr. Lewis has had numerous exhibitions of his work nationally and internationally. He participated in several residency programs, including Anderson Ranch, CO; Cité des Artes in Paris; and the Darkroom Projects in Milan, Italy. He was also a co-founding director of Fashion Moda, an early alternative space in the South Bronx, New York.

Mr. Lewis is the recipient of many awards, commissions and fellowships, including an Award of Excellence from Communication Arts, several National Endowment for the Arts grants, a Ford Foundation Fellowship and a Thomas J. Watson Fellowship.  Most recently he was named Deutsche Bank Fellow in Photography by the New York Foundation for the Arts.

Mr. Lewis received his BA in Art from Hamilton College in New York and his MFA from the Maryland Institute College of Art, where he was a Ford Fellow and Phillip Morris Fellow.  Mr. Lewis was also a post-graduate student at the Centre for Advanced Inquiry in the Interactive Arts: Sciences, Technology and Art Research, at the University of Plymouth in the United Kingdom.

Additionally, Mr. Lewis has written for Art in America, The LA Weekly and ArtForum, was a contributing editor for Artspace and a correspondent for Contemporanea, an international arts magazine.  His essays regarding the confluence of art, technology, and society have been published in anthologies and peer reviewed journals. 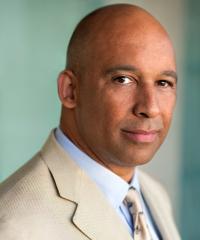