Before arriving at UC Irvine as chair of its Studio Art Department in 1997, Trend was dean of Creative Arts at De Anza College in Cupertino, CA, where he developed multimedia partnerships with schools and corporations in Silicon Valley. Prior to that Trend was graduate program coordinator in the Inter-Arts Center of San Francisco State University. During the past fifteen years, Trend has been a frequent consultant for foundations, state arts and humanities councils, and the National Endowment for the Arts. Trend's teaching draws connections among the fields of cultural studies, critical pedagogy, and media analysis. Courses he has taught at UCI include Language and Vision in Everyday Life, A Culture Divided, Issues in Media Violence and Fear, Seminar in Cultural Activism and Radical Democracy, Issues in K-12 Education, and Media, Art, and Technology.

Trend is the author of over 200 articles and essays in such periodicals as Art in America, Cultural Studies, and Social Identities, among others.  He is the former editor of the journals Afterimage and Socialist Review. Named as a Getty Scholar for his research, Trend's books include Anxious Creativity: When Imagination Fails (Routledge (2020), Elsewhere in America: The Crisis of Belonging in Contemporary Culture (Routledge, 2016), Worlding: Identity, Imagination, and Reality in a Digital Age (Routledge, 2013),The End of Reading: From Gutenberg to Grand Theft Auto (Peter Lang, 2010), A Culture Divided: America’s Struggle for Unity (Routledge, 2009), The Myth of Media Violence (Blackwell, 2007), Everyday People: Finding and Making Meaning in a Changing World (Routledge, 2007), Cultural Democracy: Politics, Media, New Technology (State University of New York Press, 1997), Reading Digital Culture (Blackwell, 2001), Welcome to Cyberschool: Education at the Crossroads in the Information Age (Rowman and Littlefield, 2001), Radical Democracy: Identity, Citizenship, and the State (Routledge, 1996), The Crisis of Meaning in Culture and Education (University of Minnesota Press, 1995), and Cultural Pedagogy: Art/Education/Politics (Bergin and Garvey, 1992), 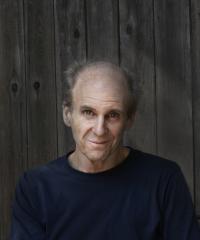