Bruce Yonemoto has developed a body of work which positions itself within the overlapping intersections of art and commerce, of the gallery world and the cinema screen. His recent work developed with funding from Creative Capital deals with the discovery of the real and poetic convergence between two phenomena specific to Argentina. It is the site of one of the few growing glaciers in the world as well as the last growing Lacanian psychoanalytic practice. He is also developing a Peruvian Quechua Opera with theater/opera director David Schweizer. His recent photo and video work was developed and produced in Vietnam. He is currently developing a performative project in Taiwan and a project exploring Cinema Novo in Rio de Janeiro.

Yonemoto has been honored with numerous awards and grants from the National Endowment for the Arts, the American Film Institute, The Rockefeller Foundation, and the Maya Deren Award for Experimental Film and Video. In 1999 Yonemoto was honored with a major mid-career survey show curated by Karen Higa at the Japanese American Museum in Los Angeles Most recently, Bruce's solo installations, photographs and sculptures have been featured in major one-person shows at the ICC in Tokyo, the ICA in Philadelphia, the St. Louis Art Museum and the Kemper Museum in Kansas City. He has had solo exhibitions at Alexander Gray Gallery, New York, Blum & Poe, Los Angeles, Tomio Koyama, Tokyo, Galerie Quynh, Ho Chi Minh City and his work was featured in Los Angeles 1955-85 at the Pompidou Center, Paris, and the Generali Foundation, Vienna, The Getty Research Center in LA, the 2008 Gwangju Biennial. Pacific Standard Time, Getty Research Center and most recently an expansive survey show in Kanazawa, Japan. 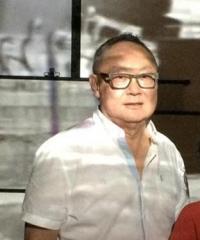