Da Costa is an interdisciplinary artist and researcher who works at the intersection of contemporary art, science, engineering and politics. Her work takes the form of public participatory interventions, locative media, conceptual tool building, and critical writing. Da Costa has also made frequent use of wetware in her projects and has recently become interested in the potential of interspecies co-production in promoting the responsible use of natural resources and environmental sustainability. Other issues addressed in her work include the use of emergent technologies to investigate context specific configurations of social injustice, the politics of transgenic organisms, and the social repercussions of ubiquitous surveillance technologies.

Through her work da Costa examines the role of the artist as a political actor engaged in technoscientific discourses. This topic is addressed in an anthology she co-edited with her colleague Kavita Philip entitled Tactical Biopolitics: Theory & Practice life.science.art, (MIT Press, 2008). Da Costa is a co-founder of Preemptive Media, an arts, activism and technology group, and a former collaborator of Critical Art Ensemble (2000-2005). She has exhibited and lectured both nationally and internationally at venues such as the Andy Warhol Museum, Exit Art Gallery, the Zentrum fuer Kunst und Medien in Germany, SONAR in Barcelona, the Saidye Bronfman Centre for the Arts in Montreal, and the Natural History Museum in London. She is a Creative Capital grantee of 2009.

Recent media coverage of her work has appeared in the New York Times, the Los Angeles Times, Reuters, CBS Evening News, BBC, CBC and the New Scientist. Da Costa has received grants from the Durfee Foundation, the Inter-Society for Electronic Arts, and the University of California Institute for the Research in the Arts. She has also received an Honorary Mention from the Adobe Emergent Artists Award and been nominated twice for the Rockefeller New Media Arts grant. Preemptive Media received the Social Sculpture Commission from Eyebeam and the Lower Manhattan Cultural Council, as well as funding from Franklin Furnace, Turbulence, the Experimental Television Center, and the Beall Center for Art and Technology. Da Costa spent two years as an exchange student at Carnegie Mellon University while completing her MFA thesis. 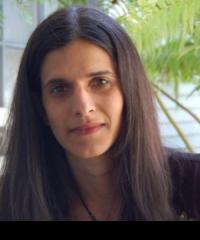